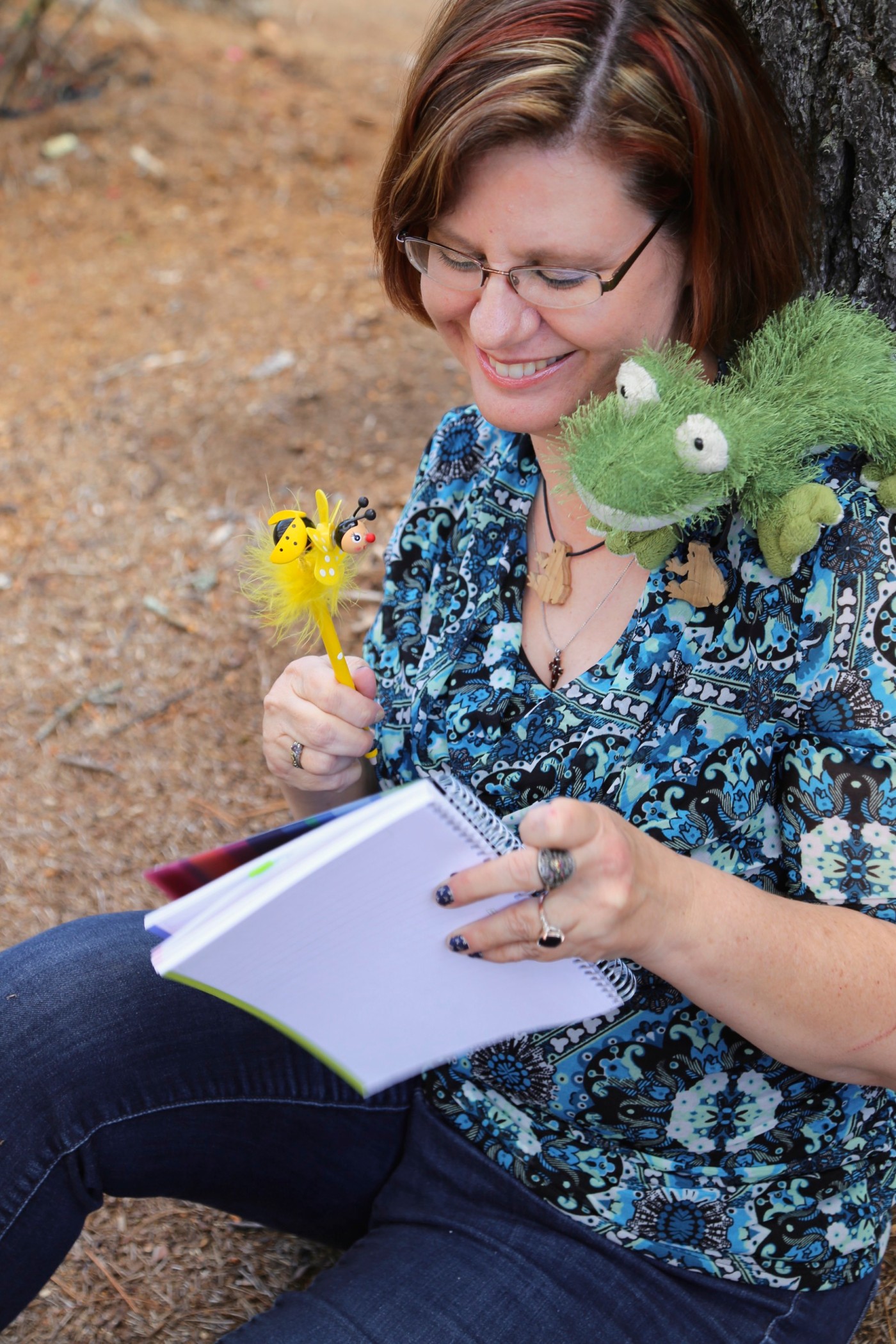 Thank you for joining us today! How long have you been writing? What inspired your quest to become a writer? I’ve been writing ever since I can remember. As a young child, I enjoyed staying in at recess and creating characters rather than playing on the playground. I’ve kept journals, diaries, notes, poems, you name it. There’s always a reason to write. My love for writing came from my mother, who is a very avid reader. She’s been known to read two or more books in a week. When I was young, she would surprise me with books. I remember being in the middle of the Little House series and I had to wait a day for her to bring me the next book, and it was torture because we had chores and dinner to finish first. The book just sat at the table, staring at me, until I was done with everything else.

Tell us a little bit about NOLA! NOLA, which is short for New Orleans, Louisiana, is Book One of what I call The City Series — a collection of novels where the setting is so unique, the story can’t possibly be told anywhere else. The location itself is a character. NOLA can’t be set anywhere else. You’d have to remove the Voodoo, the Blues and BBQ Festival, the Rougarous and the bayou. It’s the story of Penny Jo Embers, who is looking for a change. She takes a trip to New Orleans and immediately meets a slew of characters who entangle her in the environment only NOLA can offer. We’re talking food, music, superstitions. Oh, and one of her new friends may or may not have killed someone in the past.

What’s the greatest praise you’ve received from about your writing so far? Gosh, that’s hard for me. I don’t like to self-brag. Honestly, the best praise came from the Wordsmiths, a critique group I was in for a few years. They helped me shape and develop NOLA, and at our meetings I was thrilled when they would “get it”, you know? They understood the nuance, the running jokes, the inside track. All the little things that go into turning a story into a full world. Of course I’m always humbled when alpha readers praise my rough drafts, but I’ve been told NOLA is “genius”, “brilliant”, and a “money maker”. I’m often told that no one writes like me, I have a knack for describing a story in a uniquely magical way that keeps the reader in the story. This is from professional writers, so I value their opinion and am humbled to be in their company.

Your most creative ideas come when. . . I’m in the shower, or singing loud music and dancing around my house. Or driving. Or cooking. Or cleaning house. Or sleeping. Or drinking coffee. Or talking to someone. Or staring into space. You get the idea. . . .

Do you have any advice for aspiring writers? Yes! Stop calling yourself an “aspiring” writer! You are a writer, own it! The sooner you believe in yourself, the sooner the rest of the world will too. Give yourself permission to be a writer, not “aspire” to be one. Aspire means to desire or seek. If you want to be a writer, chances are you’ve already practiced. Hence, you’re already a writer. Now get out there and show the world what you’ve got!

Can you give us a teaser about your next book? CENTRAL is Book 2 of The City Series. It’s set in a cop bar in New York City near Central Park. “Heather had a thing for cops. And the guys they arrested.” There’s love, hate, cops, criminals, a bartender, gambling, addiction, and some serious NY tempers going on. Someone has to save Heather. Even if she doesn’t know she needs saving.

If you could share a meal with a fictional character, you would choose. . . Just one? I would have to pick Sherlock Holmes. He was an absolute genius at solving crime, and Sir Arthur Conan Doyle wrote wonderfully. Also, I once told my favorite uncle I wanted to collect the Holmes books. Two weeks later I received the entire collection from him. 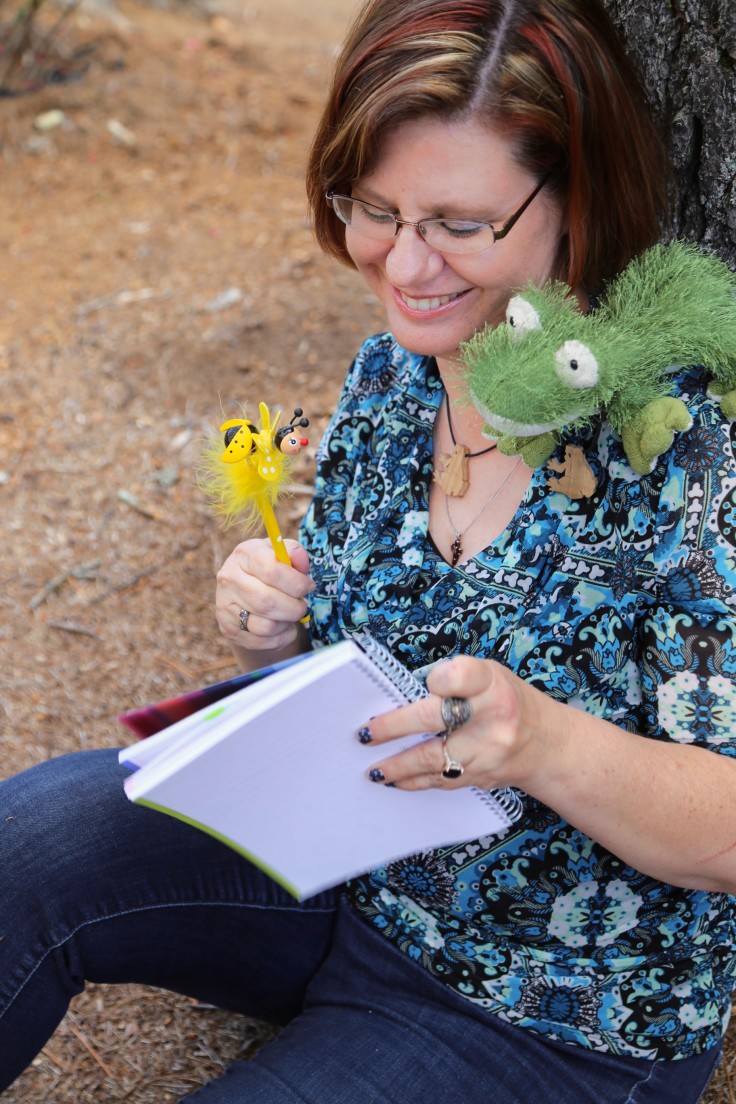 Molly Jo is a writer, editor, social media ninja, and producer of the weekly Aaron Gansky’s Firsts in Fiction podcast. She has been featured in children’s magazines, on blogs and devotional websites, and her short stories have earned her awards and scholarships from nationally acclaimed writing programs.

She is the founder of New Inklings Press and author of The Unemployment Cookbook: Ideas For Feeding Families One Meal At A Time and other books available on her website and on Amazon.

She offers seminars and personal coaching on self-publishing and building a social media/marketing platform.

You can find her on Facebook, Twitter, Pinterest, Instagram, her website, and  her blog, Frankly, My Dear Mojo, where she shares her thoughts on Faith, Family, Food & Fun, and pretty much tells you what goes on in her corner of the world affectionately known as Bedford Manor (the lesser known one, of course), named after Bedford Falls of “It’s A Wonderful Life”, because, after all, it is a wonderful life, isn’t it?

Coming Next Week: Writer On Adventure and the Things I’ve Learned

Thank You For Visiting My Site!

Dragon Tamer. Ancient Rome fanatic. Writer living on the edge of fictional worlds. J. Patterson Doyle attempted to teach herself to write at the age of four, wrote her first book (featuring eerily violent chickens) at age five, and has been immersed in books ever since. Sometimes literally. When she isn't writing, you can find her studying music, reading, and searching for portals to new fantasy worlds.